From Italy to Brazil: a family of entrepreneurs

Born in Italy in 1917, Rino Malzoni moved to Brazil in 1922, at the age of five, with his parents and siblings to join the rest of his family who had been living in the country for over fifty years. His father, Francisco Malzoni Neto who was Brazilian, only got to know his ancestors birth place in 1898 when his father made the decision to return to Italy. There he studied and got married to Imaculatta Matarazzo and had four children: Genaro (Rino), Catarina, Fulvio, and Teresa. During that time, they went through the hardships of World War I which was affecting the world’s economies leading the countries into economic depression.

Unlike most of the Italian immigrants who settled in the new land, Genaro, the patriarch of the family who immigrated in 1859, was not in search of a job. Instead, he came to Brazil with the purpose of investing in the country. Upon his arrival, Genaro purchased some land in the region of Matão, in the state of São Paulo, known for being one of the largest coffee crops in the world at the time. There he established his farm, Trindade, and started to grow coffee like the other farmers in the region.

With a keen sense for business, Genaro was an entrepreneur who soon began to spread his business in the region by catapulting Trindade into the coffee market. By then, his farm not only turned into a great coffee producer, but it also began to export the grains. The exportation of coffee from the Port of Santos expanded and triggered the need for a place to store the product, so Genaro then built the “Casa Comissária”, a warehouse to stock his production. The business continued to grow and, along with his brothers, he soon founded the Malzoni Brothers Banking House. 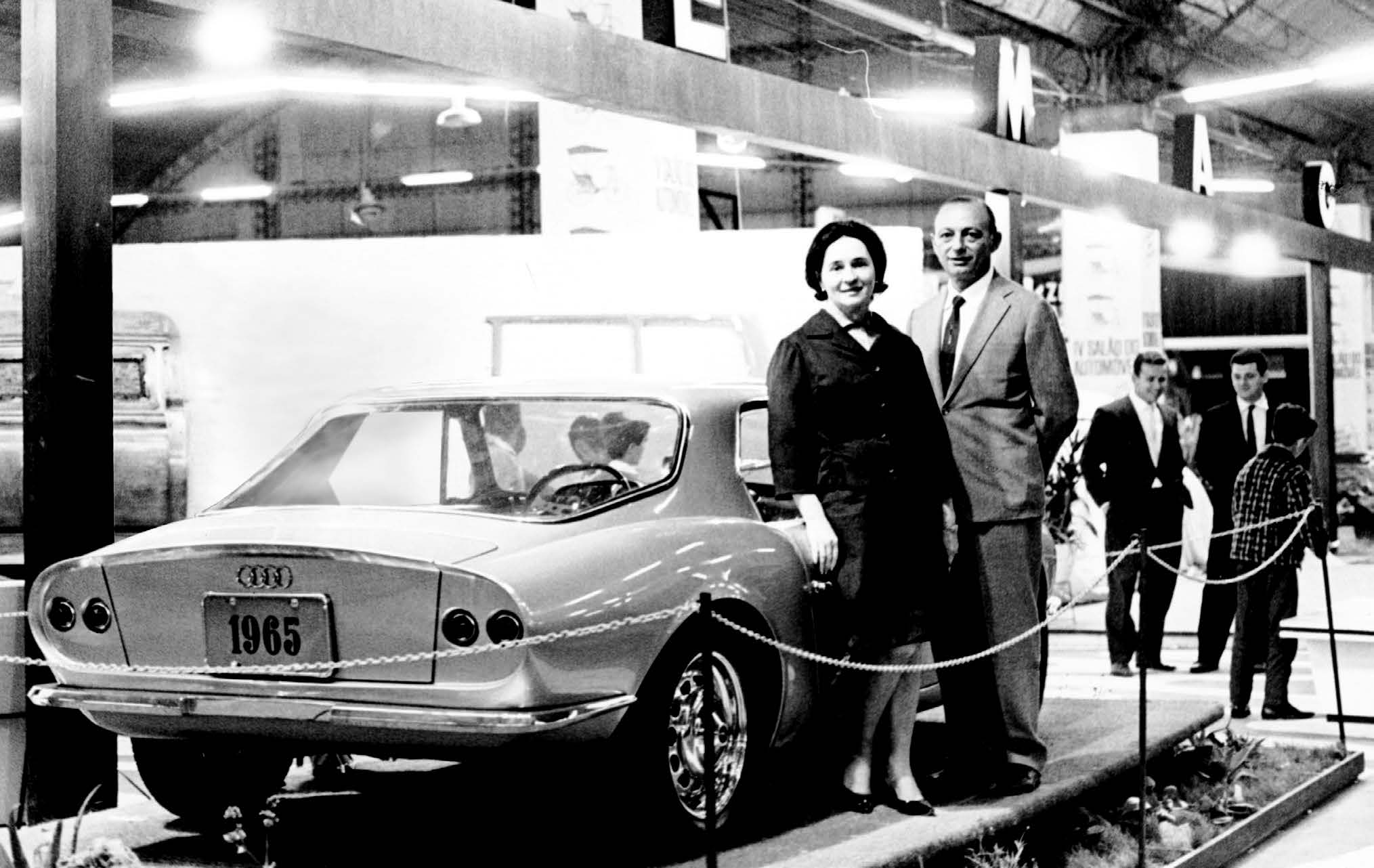 Rino Malzoni at Salão do Automóvel in São Paulo. 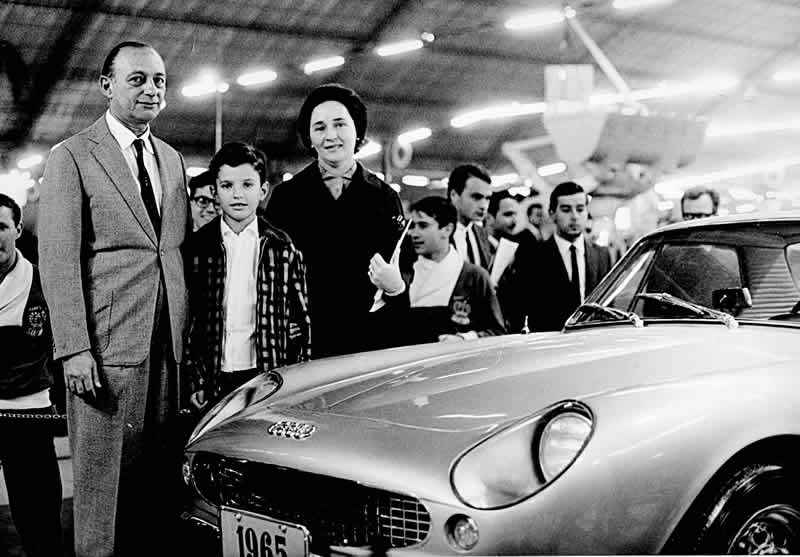 Rino Malzoni, his wife Anita and their son, Kiko, at Salão do Automóvel in São Paulo, in 1964, where the Malzoni GT Type IV was shown. 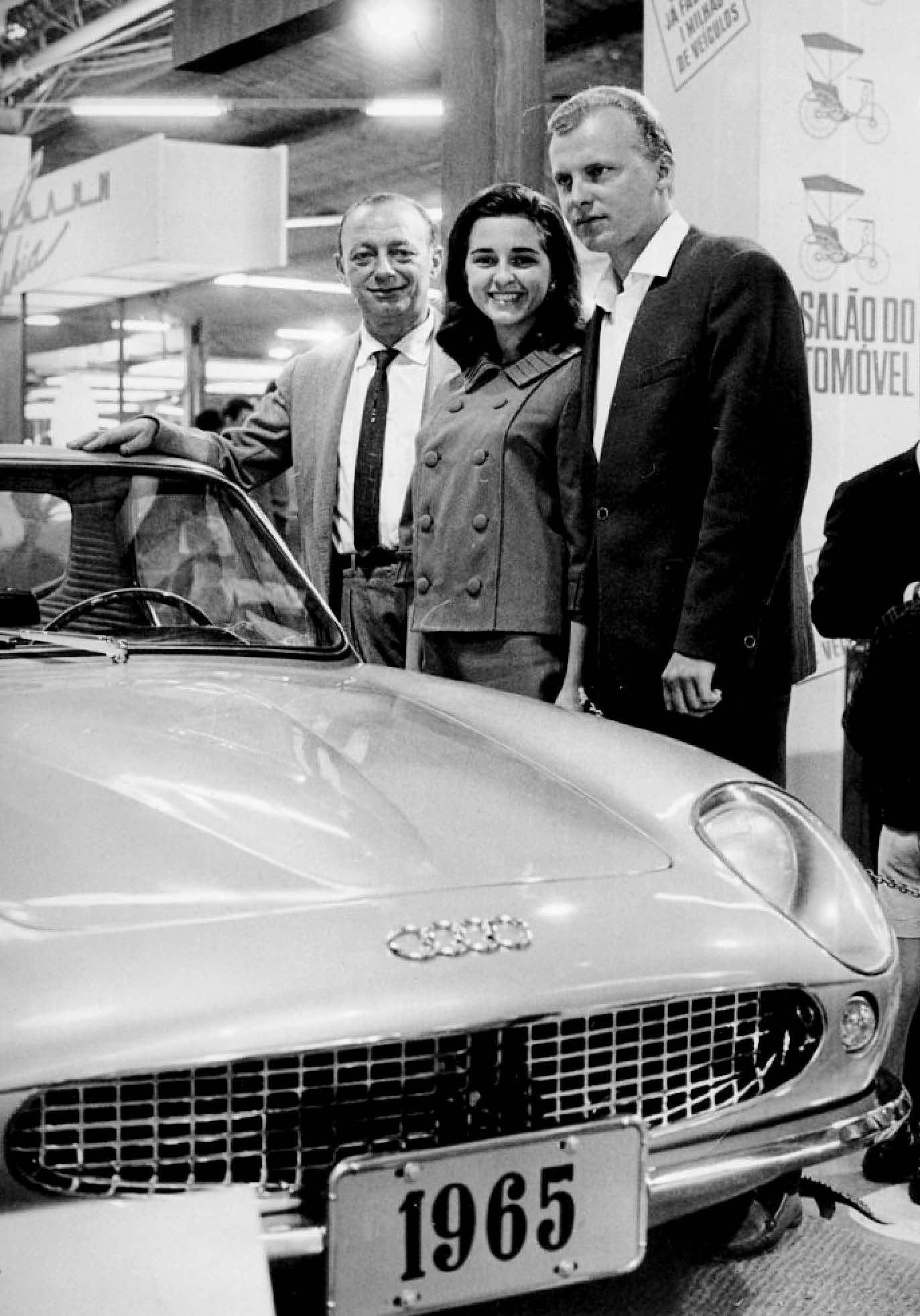 Rino (left) with his daughter Maria do Rosário (Rô) and her husband, Carlos Fischer.

It ran in the family that by the time Francisco was about to return to Brazil with his wife and children, Rino, although very young, protested vehemently for leaving “La machina, voglio la machina” behind. This was a clear indicator of the passion that would escort him throughout his life.

Back to Brazil, Francisco Malzoni returned to Matão, taking up again the command of the family business. Years later, in 1953, he bought the Chimbó Farm, enhancing its productivity with the purchase of new machines and agricultural implements. He became a dominant producer of sugar and engaged in the manufacturing of “cachaça”, a typical Brazilian drink which is obtained from the distillation of the molasses fermented sugar cane. In his distillery at Chimbó, the recently created brand “Saudades do Matão”, in reference to a famous country song, turned into a great success.

While his father continued to implement and develop the family business, Rino entered law school and attended “Faculdade de Direito do Largo de São Francisco”, the most distinguished Law University in the country. As a lawyer, he began to work for the Companhia Sul-Americana de Metais, which belonged to Francisco “Baby” Pignatari, an industry magnate and international playboy. In 1943 he married Anita, the daughter of José Artimonte, also a farmer at Matão. In 1947, Anita gave birth to Maria do Rosário (Ro) and, in 1955, Francisco (Kiko) was born.

His career as a lawyer did not last long. His real passion, mechanics, dated back to his teen years when he spent his vacation periods at the farm in Matão assembling and disassembling farming equipment. At 14, he learned to drive, and enriched his knowledge about car engines. He dedicated his spare time at his uncle´s Gino Torchio repair shop located in downtown Matão. The store was well equipped which was uncommon in those days. At that time, it was difficult to find replacement for parts of cars since most of them were imported. As a solution, Gino began to manufacture the parts at his shop.

Towards the end of 1940, Rino faced his first automobile project. The big challenge consisted on transforming an enormous “torpedo” Lancia into a two-seat roadster, inspired by the English MGs that thrilled the youngsters in those days. He also customized the front end of an A90 Atlantic Austin right after buying it at the dealer in São Paulo. Other deeds in this field were the alterations in a 1952 Maserati coupé. He changed its front end parts and had the engine and gearbox replaced by the drivetrain of a Testarossa Ferrari 250. He also remodeled the grille of a BMW 328.

Rino´s knowledge was not empirical though. He subscribed and collected the foremost European automotive magazines which he bound in leather covers after taking notes and making sketches in the edges of the pages. The customization of a Ford Model A took longer than expected and disturbed the routine at uncle Torchio´s shop. That was the kick off for Rino to start his own workshop, which he settled at his father´s farm in Matão. Now, the foundations for a new beginning were set. The next step would be the creation of a car.

Next page: “The first cars”